New Delhi, 06 February 2022: Following her demise at the Breach Candy Hospital in Mumbai today, February 6, 2022, veteran singer Lata Mangeshkar was given the final farewell with state honours, at Shivaji Park, Mumbai this evening. The last rites were performed by her brother Shri Hridaynath Mangeshkar. 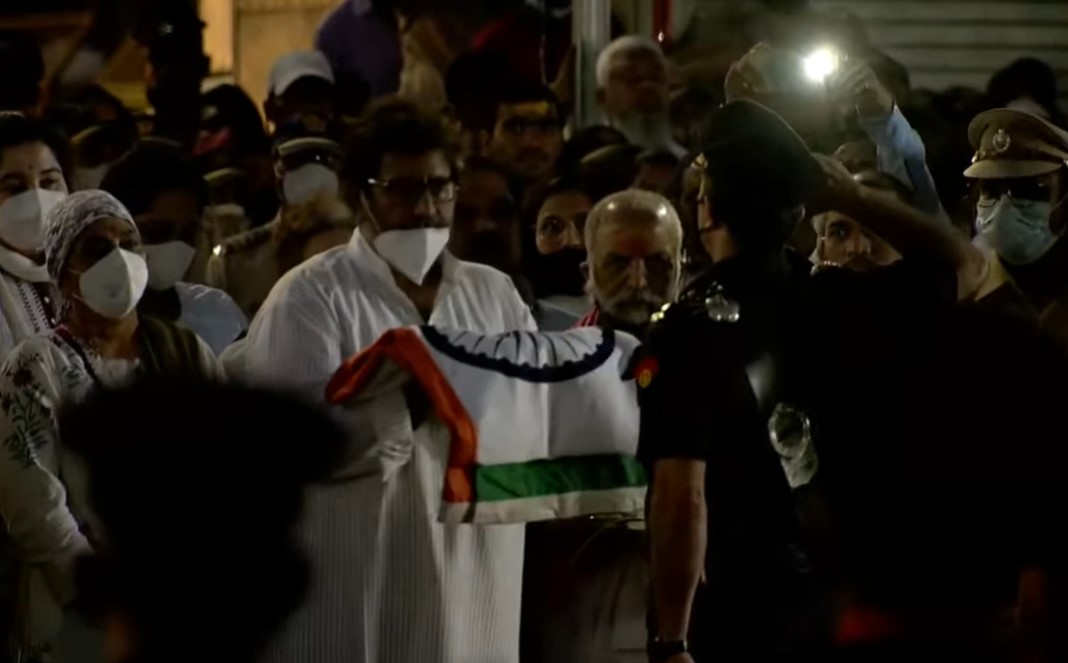 The veteran singer, popularly known as the Melody Queen, was 92. She had been admitted to hospital on 8 January after having tested positive for COVID-19.

Prime Minister Shri Narendra Modi flew down from Delhi, to pay his last respects to the legendary singer. The PM paid homage and met singer Ms. Asha Bhosle and other family members and offered condolences. 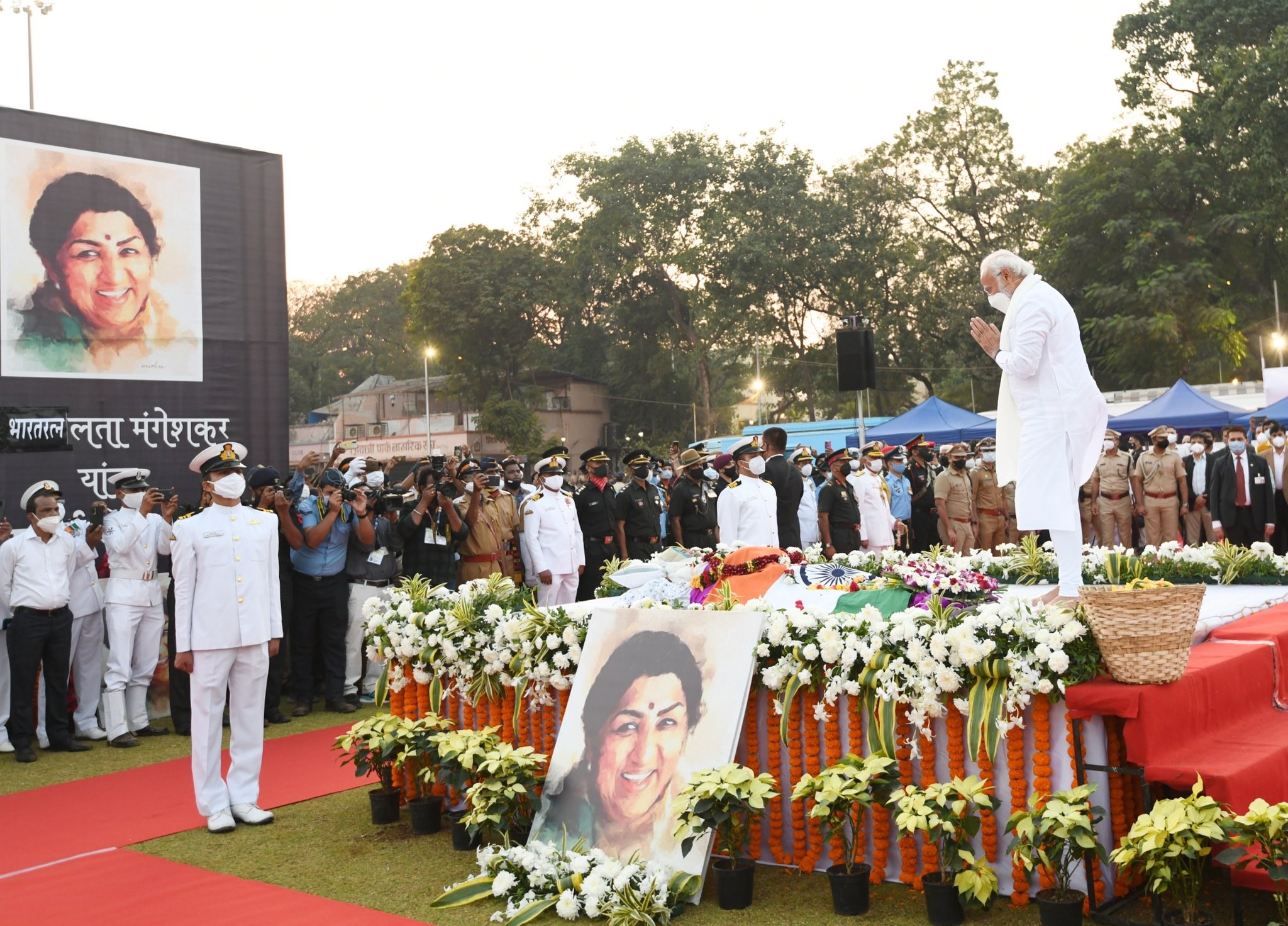 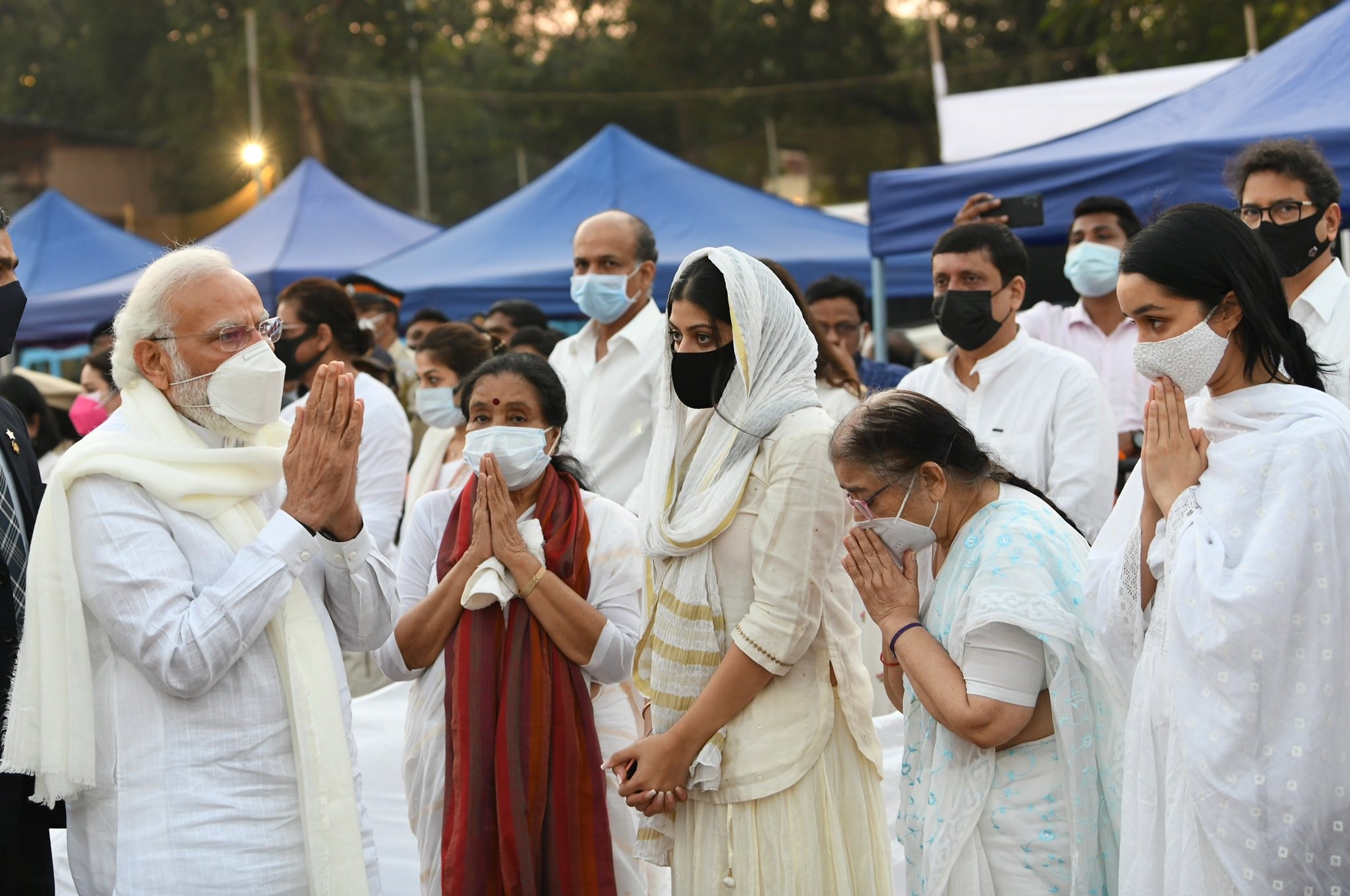 Earlier in the day, the Prime Minister in his tribute said that he had always received immense affection from Lata Didi and that interactions with her will remain unforgettable. In a tweet, the PM said: “Lata Didi’s songs brought out a variety of emotions. She closely witnessed the transitions of the Indian film world for decades.’

The Government has announced a two-day national mourning in memory of Bharat Ratna Lata Mangeshkar. As a mark of respect, the national flag will fly at half-mast for two days.

Earlier today, expressing his condolences, President of India Shri Ram Nath Kovind said in a tweet: ‘Lata-ji’s demise is heartbreaking for me as it is for millions the world over. A Bharat Ratna, Lata-ji’s accomplishments will remain incomparable.’

Vice President of India Shri M. Venkaiah Naidu said India has lost its voice, in the death of Lata ji, who has enthralled music lovers in India and across the globe for many decades with her mellifluous and sublime voice.

Union I&B Minister Shri Anurag Thakur said the demise of the melody queen is an irreparable loss, adding that she will live forever through her songs.

Other ministers, various artistes and people from different walks of life have expressed their grief and condolences on the demise of the great vocalist.

In 1972, Lata Mangeshkar won the first National Award for Best Female Playback Singer for the film Parichay. Over the years, the veteran singer won numerous national and international awards including the prestigious Bharat Ratna, the title of Officer of the French Legion of Honour, Dadasaheb Phalke Award, three National Film Awards, four Filmfare Best Female Playback Awards, Filmfare Lifetime Achievement Award and many more. In 1984, the State Government of Madhya Pradesh instituted the Lata Mangeshkar Award, while the Government of Maharashtra also instituted a Lata Mangeshkar Award in 1992 to promote singing talent.