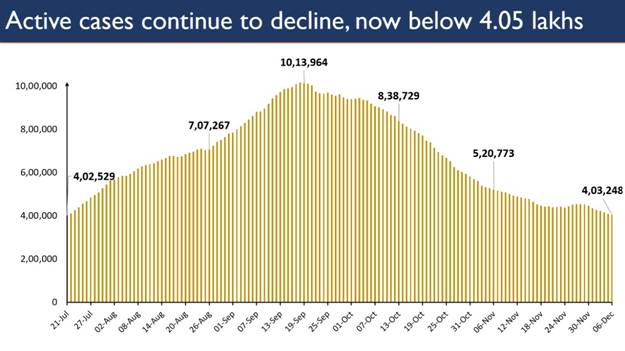 While  36,011 persons in India were found to be infected with COVID, 41,970 new recoveries were registered during the same period. The new recoveries have led to a net decline of 6,441 in the Total Active cases. New cases per million population in India in the last seven days are 186. It is one of the lowest in the world. The difference in New Recoveries outnumbering New Cases has also improved the Recovery Rate to 94.37% today.

76.6% of the new recovered cases are observed to be concentrated in 10 States/UTs. 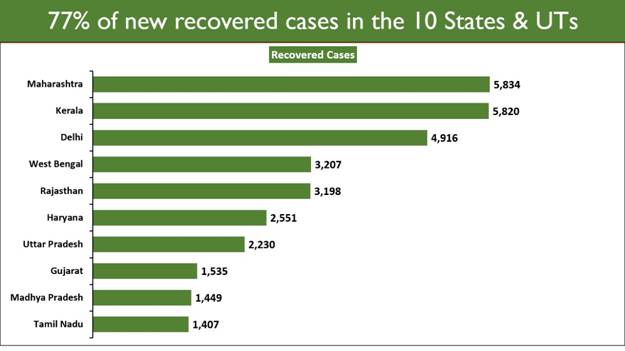 Kerala reported the highest daily new cases at 5,848. It is followed by Maharashtra with 4,922 new cases. Delhi recorded 3,419 new cases. 482 case fatalities have been reported in the past 24 hours. 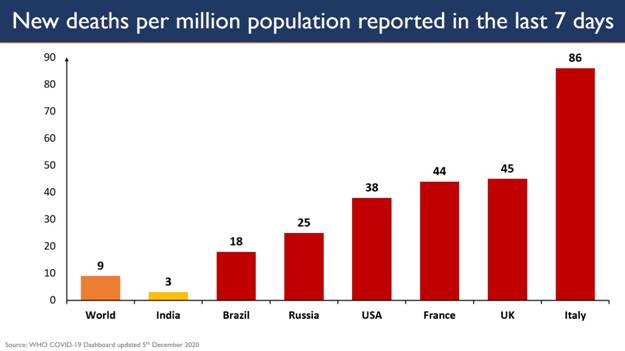